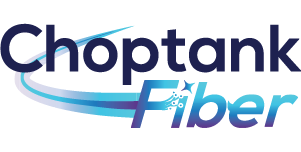 Broadband Initiative - We Need Your Help!

Enter your home address to show your interest in internet access.

Is there really a need for internet services on the Eastern Shore?

In Maryland, 36% of residents lack internet service that meets FCC standards — most are in rural areas, like the Eastern Shore.

How does the lack of internet service availability affect Co-op members?

According to the FCC, it is estimated that at least 6.3 million households in electric co-op service areas lack high-speed internet access. New research shows that a lack of rural broadband to those unserved co-op households leads to $68 billion in lost economic value over 20 years.

Why would Choptank Electric Cooperative (CEC) consumers want to be removed from the control of the Public Service Commission (PSC)?

CEC is not removed from PSC control until the member-owners of CEC vote to do so. The PSC was created to protect consumer interests from stockholder interests. That conflict does not exist with a cooperative because the consumer is the stockholder in a not-for-profit company.

Why would removing CEC from the control of the PSC benefit me?

Removing CEC from the control of the Commission would eliminate duplicative and costly regulation and return more LOCAL control of the Cooperative to the Board of Directors. It would eliminate costly fees levied by the PSC on members. It would give the Board of Directors the flexibility they need to maintain the reliable, cost-efficient power the CEC has supplied for over 80 years. It would also allow for cost-effective broadband deployment.

Why do we need Member Regulation in order to offer broadband?

The business and financial reality is that to be successful in most rural areas, we need to be able to maximize economies of scale and make efficient use of resources. Regulation of our own rates is necessary because our decisions about how to properly allocate costs between broadband and electric are intertwined with rates. In order to provide the regulatory certainty Choptank needs, we need the long-term assurances that come with member regulation.

What would be the economic savings to me if CEC operates as a Member-Regulated Cooperative?

There would be both direct and indirect savings to members:

• Greatly reduced legal fees paid to attorneys who must be hired by CEC to present filings and applications before the Maryland Public Service Commission.

• Greatly reduced fees paid by CEC for consultants, engineers, and others involved in rate filing and policy procedure applications before the PSC.

• Reduced management and staff time devoted to reporting to and testifying for the PSC.

Will there be oversight of CEC electric rates if I vote to operate as a Member-Regulated Cooperative?

Are you going to raise rates?

We are a not-for-profit, so we have no incentive to raise rates. Based on our anticipated energy supply costs over the next few years, we would have no reason to increase rates. Because we have no shareholders and are a not-for-profit (all “profit” is returned to the members via capital credits), we have no motivation to raise rates. Due to low load growth on the Shore, we view the broadband business as an additional revenue source to support the cooperative’s existing costs to keep electric rates stable.

No. In fact, the law that passed this year reiterates the prohibition on cross-subsidization. The law requires Choptank to properly allocate expenses between the electric and broadband businesses. The Board of Directors must adopt an allocation method within 180 days of the Member Regulation vote to ensure that electric customers do not subsidize the cost of broadband internet service.

What do you mean by local control?

For the 80 years that Choptank Electric Cooperative has supplied power on a non-profit basis, it has been owned and controlled by the members it serves. Because of the democratic process that is used to nominate and elect the Board of Directors, CEC’s membership has a definite voice in directing the activities of the Cooperative.

Are cooperatives in other states regulated by a Public Service Commission?

Can CEC be returned to PSC regulation in the future?

Yes. CEC can be placed back under the control of the Maryland Public Service Commission if members vote for dissolution of the Member-Regulated status and revert to PSC regulation at a vote in the future. The vote must be called by the Board of Directors if a petition signed by at least 1000 members is received.

How do I vote?

On May 15th of this year ballots will be mailed to all Choptank Electric Cooperative members. You can simply return the ballot in the prepaid return envelope enclosed with the ballot. You can also vote on-line or you can vote in person on August 13, 2020, Special Meeting following the annual meeting at the Wicomico Youth and Civic Center.

If you have questions about how to vote or need technical support (available Monday - Friday 8:00 AM - 5:00 PM Central Time, USA, excluding holidays), please call 952-974-2339 or mailto:support@directvote.net

When does voting end?

Voting will close at the end of the Special Meeting on August 13, 2020.

Stand by, We are processing your payment. This window will close automatically.

Do not close your browser or press the back button.